THE Municipality of Genoa and Italian State Railways (FS) have signed a memorandum of understanding to develop land owned by the railway to support the long-proposed extension of the city’s metro to Martinez and Canepari. 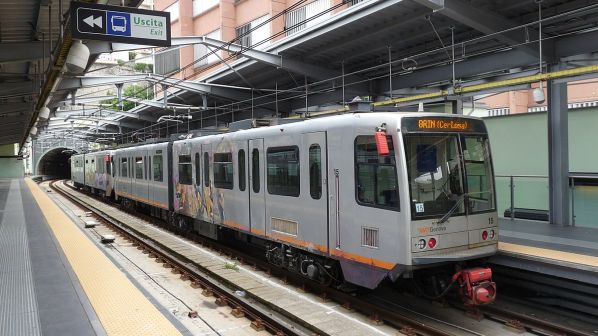 The MoU, according to the municipal administration's plans, supports extending the metro line towards the districts of San Fruttuoso and Rivarolo and is considered a major breakthrough towards getting the project up and running in Genoa.

Further steps for the realisation of the work are the acquisition of railway property, a design study for a new urban layout to enhance the areas around Terralba from where the metro will continue to San Martino hospital.

The Municipality of Genoa has secured €152m in financing to support the development of the Brignole - Martinez section towards Terralba and the Brin - Canepari section towards Rivarolo as well the supply of 14 trains.

Genoa’s existing 7km metro has eight stations. The first 2.5km long section was inaugurated in 1990, and the current line opened in December 2012. Around 11 million passengers use the metro annually.