ACCORDING to a report published by SCI Verkehr, Germany, all types of rail traffic are expected to grow up to 2025, building on the growth already achieved since 2005. The strongest growth is expected in urban rail, followed by mainline passenger and freight. 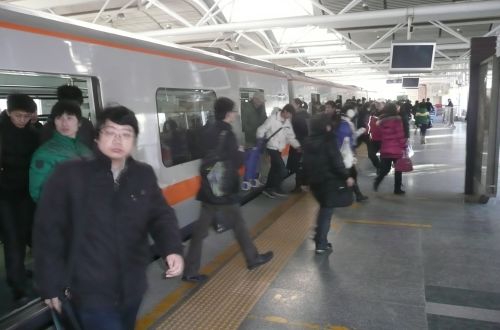 SCI Verkehr says urban rail will grow at an average of 5% per year up to 2025, although growth is expected to tail off after 2020 with the completion of many metro and light rail projects.

“Network expansion, especially the construction of new lines in cities that previously have not had urban rail systems, is the main driver of urban rail development,” SCI says. “In China, for example, the urban rail network tripled from less than 1000km to more than 3000km between 2005 and 2015. Currently, 4450km of lines for rail-bound city transport networks are under construction or in operation. High growth rates will also be achieved in South and Central America.”

While mainline passenger has shown consistent growth, there are very different regional trends. Traffic has fallen significantly in the former Soviet Union, Eastern Europe, Africa and the Middle East, while it has grown rapidly in Asia and South and Central America.

“The expansion of high-speed networks, especially in China, and the increasing number of services in South American metropolitan areas, for example, have contributed to this trend,” SCI says. “Rail passenger transport has also been stimulated in mature markets such as Western Europe or North America, where regulatory measures are aimed at the reduction of road transport in order to improve environmental conditions and the quality of life.”

Rail freight traffic suffered a 4.4% drop between 2014 and 2015 and the downward trend is expected to continue in 2016 and 2017 due to the decline of heavy freight such as coal and steel, as well as lower growth in international trade.
“In North America, coal transport has strongly decreased due to a shift in the energy supply matrix,” SCI says. “Intensive fracking in United States has created an exceptional boom in oil transport. Although oil transport by rail had grown at high rates, it was not enough to compensate for the reduction in coal. With decreasing oil prices, rail transport of petroleum has suffered a deceleration and in the long run it could be negatively affected by the construction of new pipelines.

“Asian rail freight transport is dominated by the Chinese market, which is decreasing,” SCI continues. “The main reasons for this reduction are the increasing rates for rail freight transport in the past years while road infrastructure was rapidly expanded though the construction of highways, significantly increasing the attractiveness of road freight. Furthermore, China’s energy policy has reconsidered the position of coal in its supply matrix, creating opportunities for other energy sources and negatively impacting coal transport by rail. The latest Chinese efforts to sustainably improve air quality, on the other hand, could cause a shift in the modal split towards more environmental-friendly rail transport. However, it is still uncertain to what extent this political agenda will be implemented and if it can compensate for the decreasing transport of coal.”