The 18.2km route runs from Chentougang to Panyu Square. 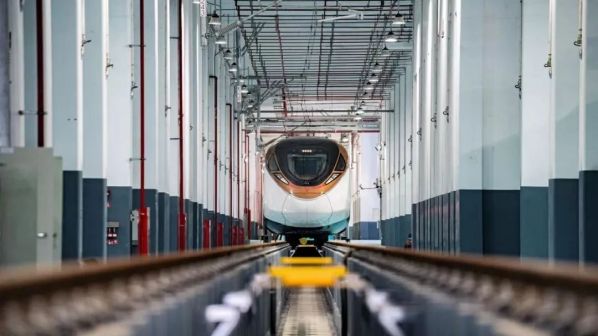 The 18.2km line, which runs from Chentougang to Panyu Square with four stations, began operating on March 31.

It is operated with CRRC type D eight-car driverless express trains with a maximum speed of 160km/h and featuring extensive energy-saving and passenger comfort features, such as noise insulation and a three-tone lighting system. The trains are equipped for driverless ATO, but will initially operate with drivers onboard to ensure the system is safe.

Work is currently underway on the second section of the first phase of the line, which will run 12.6km from Chentougang to Fangkun with four more stations, as well as a 41km underground extension from Fangkun via Guangzhou Railway Station and Guangzhou Baiyun Station to Guangzhou Baiyun Airport, which will serve all three terminals at the airport.

The line could in future be extended south to connect with the Shenzhen Metro.

For detailed data on projects around the world, subscribe to IRJ Pro.