HAMBURG celebrated the opening of the latest addition to its U-Bahn network on November 28 with a week of free rides on Line U4 prior to the launch of commercial operations on December 9. 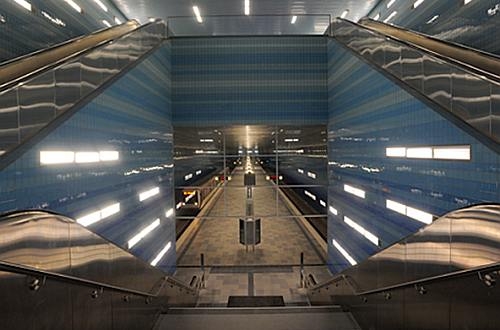 Construction began in August 2007 on the 4km branch, which diverges from Line U2 at Jungfernstieg, a city centre interchange served by mainline trains as well as U-Bahn Line U1, and runs south to serve the Hafen City development in an area of the former docklands. The new line is completely underground and has just two new stations, Überseequartier and the terminus at Hafen City University.

U4 trains share tracks with Line U2 between Billstedt and Jungfernstieg, but currently run only as far as Überseequartier on weekdays with services extending to Hafen City at weekends. Daily services to Hafen City are expected to begin in Autumn 2013 following the completion of further residential development in the area.