AFTER several delays, Finland’s second-largest city Espoo joined the Helsinki metro network on November 18 with the inauguration of the first phase of West Metro, the country’s largest infrastructure project. 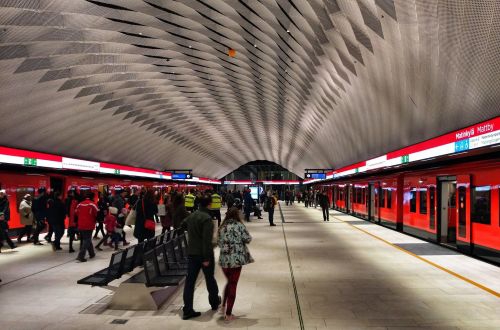 Running underground for its entire 14km length, the initial phase of West Metro extends Helsinki’s 21km east-west metro line beyond its previous western terminus at Ruoholahti to Matinkylä in Espoo, adding eight stations to the network, six of them in Espoo.

The €1.18bn line was originally due to open in August 2016, but problems with safety systems delayed the completion of the certification process and pushed the start date back by more than a year.

According to provisional estimates from Helsinki Regional Transport (HSL), the line was used by around 220,000 passengers on the first day of operation.

The 7km second phase from Matinkylä to Kivenlahti will add a further five stations to West Metro and is due to be completed in 2020.