LÄNSIMETRO, the public company overseeing the construction of the 21km western extension of the Helsinki metro, has awarded contracts for planning and project management services on the second phase of the project. 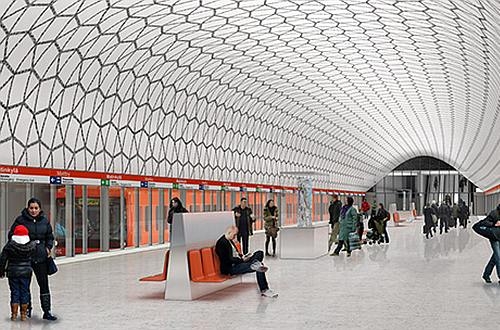 The contracts cover structural design, geological engineering design, and air-conditioning and electrical design on the 7km section from Matinkylä to Kivenlahti, which will have five stations and an underground depot at Sammalvuori.

Consulting Group Sigma, a Finnish consortium comprising Finnmap Infra, Kalliosuunnittelu Oy Rockplan, WSP Finland, Sipti, and Saanio & Riekkola has been chosen as structural design consultant for Finoo, Kaitaa, and Soukka stations at the eastern end of the phase 2 section in a contract worth €2.9m. The consortium will also act as geological engineering designer and this contract is worth €2.7m.

At the western end, a consortium of Ramboll and Pöyry has been awarded a €3.3m contract to carry out structural design for Espoonlahti and Kivenlahti stations and Sammalvuori depot.

Two air conditioning design contracts worth €2.9m each have been awarded to Granlund and Ramboll.

Länsimetro has also selected Sweco as project management consultant in a deal worth €19m.

The initial 14km phase of the extension from Ruoholahti to Matinkylä is expected to open in autumn 2016, with the remainder of the line to Kivenlahti scheduled for commissioning in 2020. The line is ultimately expected to carry around 170,000 passengers per day.