THE chief minister of the Indian state of Telengana Mr K. Chandrashekhar Rao has invited India’s prime minister Mr Narendra Modi to inaugurate the first phase of the Hyderabad metro network, with the official opening ceremony expected to take place on November 28. 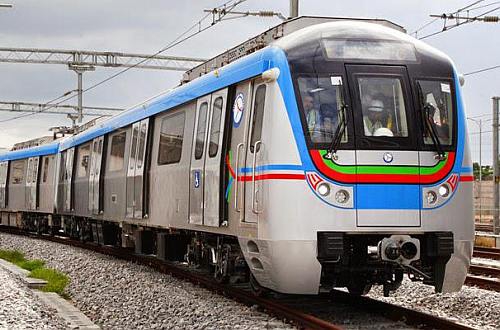 In a letter to the prime minister last week, the chief minister said that the 13km Miyapur - Ameerpet section of the Green Line and the 17km stretch from Ameerpet - Nagole stretch of the Red Line have been completed and are nearly ready for the start of commercial operations.

Trials have been successfully completed on these sections and safety permissions are being obtained. Authorities have set November 15 as their target date for obtaining safety certification from Commissioner of Metro Rail Safety (CMRS).

Modi is due to visit Hyderabad for the Global Entrepreneurs summit, which will be held in the city on November 28-30.

The network is being constructed by PPP concessionaire Larsen & Toubro Metro Rail.

The project was scheduled for completion in July, but has been delayed by land acquisition issues. According to the revised timeline, Phase 1 will now become fully operational in December 2018.