SIEMENS announced on April 17 that the first painted bodyshell for the new fleet of G1 trains for Nuremberg U-Bahn Line U1 has been completed at its Simmering plant in Vienna. 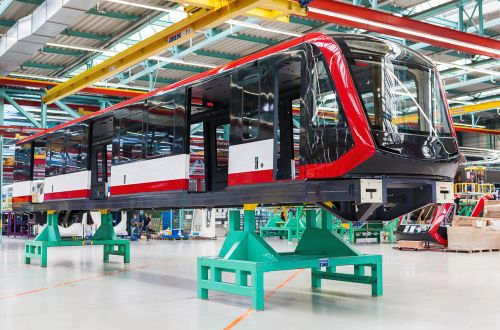 Nuremberg Transport (VAG) awarded Siemens a €164m contract in November 2015 to supply 21 four-car trains to replace its fleet of DT-1 trains, which were built in the early 1970s. the contract includes an option for 13 additional trains.

Delivery of the 75.4m-long sets is due to begin at the end of the year.