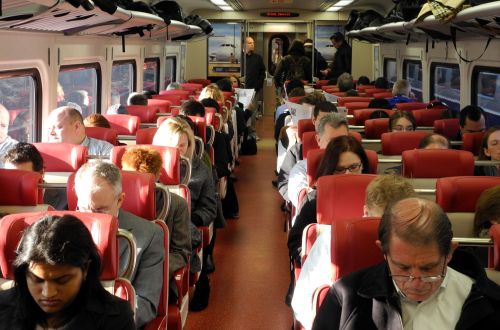 LIRR transported 89.3 million passengers in 2016, which MTA cites as a 1.9% increase compared with the year prior and is noted as the highest ridership since 1949.

Metro-North Railroad carried approximately 86.5 million customers in 2016, which MTA said is the highest ridership in the railway's history. The 2016 numbers surpass those of last year’s record of 86.3 million. Metro-North’s total ridership has more than doubled since it was founded in 1983.

Since the Second Avenue Subway opened on January 1, ridership has grown consistently by approximately 8000 daily riders each week, reaching 155,000 daily riders as of January 27.

The LIRR has documented a 1.97% average growth per year throughout the past five years. The railroad’s ridership has grown 10.2% in five years, from 81.0 million in 2011, MTA said.

“The ridership figures underscore the importance of the LIRR capacity expansion projects that are underway or proposed,” says now-retired MTA Chairman and CEO Mr Thomas Prendergast.

MTA adds that a demographic and travel analysis of LIRR users reveals an increasing reliance on the railway by younger customers, and “the beginnings of a reverse-travel market segment.”

“Our data reinforces what we’ve seen elsewhere - that millennials are more likely to opt for the railroad as a matter of choice, and to embrace a lifestyle built around downtown activities and living than previous generations,” says Mr William Wheeler, MTA’s Director of Planning. “We know that habits that are developed early in one’s adult life tend to stick with them through their entire working lives. So the trend bodes well as a long-term positive for LIRR ridership.”

For more on MTA’s development plans and the Second Avenue Subway, see the February issue of International Railway Journal p20.