THE state government of New South Wales (NSW) has awarded Macquarie Group a $A 378.6m ($US 271.6m) construction contract to design and build the largely underground station component of the new Martin Place Metro station in the centre of Sydney - including new underground pedestrian connections and improvements to public spaces. 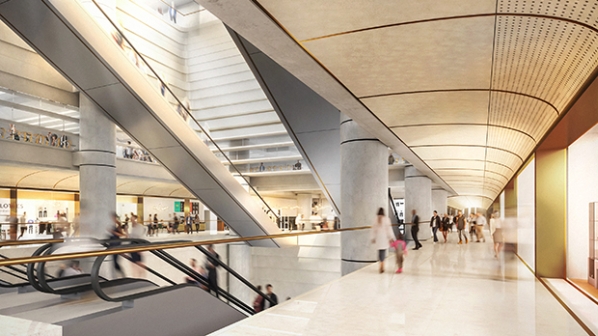 Macquarie Group has been awarded the contract to design and build Martin Place station.

As part of the first-value-capture agreement on Sydney Metro, the NSW government will receive $A 355m from Macquarie for the air rights above the new metro station, minimising the cost to government.

Under the binding agreements, Macquarie, with its design and construction contractor Lendlease, will deliver the new underground Martin Place metro station integrated with the retail and recreation precinct, two new office towers and the existing Martin Place railway station which services the eastern suburbs and Illawarra Line.

State minister for transport and infrastructure, Mr Andrew Constance, says the development coupled with the Sydney Metro in the city centre will breathe new life into the heart of the city.

“As part of our plan to improve public transport, Sydney Metro rail will help give people more choice on how they get around Sydney,” Constance says. “With the new Martin Place station, customers in the heart of Sydney’s CBD will have access to an unprecedented level of public transport and will be more connected than ever before.”

Macquarie Group’s unsolicited proposal for the integrated station development was evaluated and found to provide a unique positive outcome for the state, meeting all evaluation criteria including providing value for money.

Sydney Metro services start in the second quarter of next year in the city’s northwest, with the metro set to be extended under Sydney Harbour, through the city centre and beyond to Bankstown in 2024.