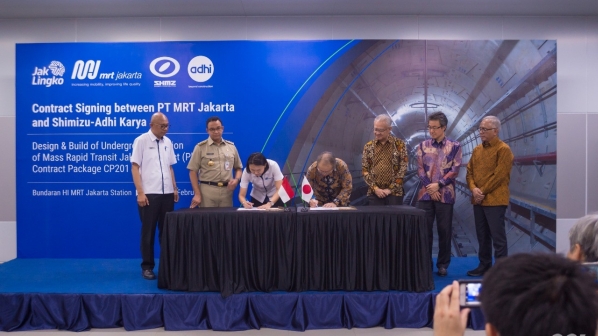 The first phase of the MRT network, the 15.7km north-south Line 1 between Hotel Indonesia traffic island and Lebak Bulus, was inaugurated in March 2019.

Phase 2 of the MRT is divided into two sections: phase 2A and 2B. Phase 2A consists of a 6km line with seven stations. Construction is divided into civil contract packages, including CP 200 (D-Wall Substation/Monas Substation), CP201 ​​(HI-Harmony Circle Roundabout), CP202 (Harmony-Large Mango) and CP203 (Mangga Besar-Kota).

Phase 2A is expected to be completed in December 2024.

Phase 2B, known as the North-South line, will stretch 5.8km from Kota station to Ancol with three stations. Construction is due to begin in 2022 with completion targeted for 2027.