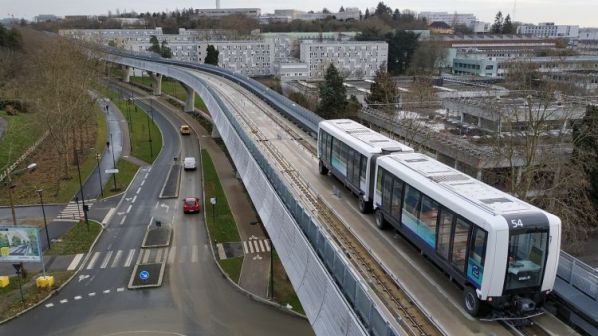 SIEMENS and Rennes Métropole council have announced that the opening of Rennes’ second metro line has been postponed for a fifth time.

Work on the 14km Line B started in 2013 and the original opening date was spring 2020. However, this was pushed back to December 2020, summer 2021 and then the start of 2022. Test running eventually commenced in mid-March 2022 with Siemens Mobility, which built the line and its fleet of 25 two-car Cityval rubber-tyred metro trains, stating in December 2021 that Line B would open at the end of April or early May this year at the latest.

Siemens has been confronted with complex technical difficulties with the new fleet, particularly with the automatic start-up of trains in the depot and excessive wear of the guidance system.

Mr Laurent Boyer, president of Siemens France, confirmed that the manufacturer would be able to commit to a new opening date at the beginning of next month. “We hope to have resolved the two technical problems, still unresolved on the trains, by the end of June,” Boyer says. If the problems are resolved, local media suggest an opening date for sometime in July.

Operator Keolis has said it will need 15 or 16 trains if services begin after the school holidays start in July, and 20 or 21 trains when term restarts in September.

According to the president of Rennes Métropole, Ms Nathalie Appéré, Siemens is facing penalty payments of “tens of millions of euros” for late delivery of the project, which has cost €1.342bn.

The line, which runs from Saint-Jaques Gaïté in the south-west and Cesson Via-Silva in the north-east, has 15 stations and runs in tunnel for 8.6km. The line is expected to carry 100,000 passengers a day when it opens and is the first deployment of Siemens’ new generation automated CityVal system, which is equipped with CBTC, and supports headways of 67s.