CHINESE rolling stock manufacturer CRRC has awarded Saft, France, a multimillion euro, two-year contract to supply onboard battery systems for 130 new trains destined for Lines 5, 8 and 9 of the Chengdu Metro. 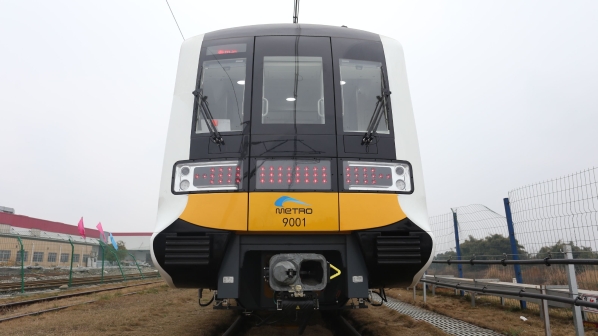 Chengdu, the capital of Sichuan Province in western China, has a population of 11 million. By 2035, the network is forecast to carry more than 14 million passengers daily along 21 lines with a total track length of 714km.

Saft is supplying CRRC with a total of 434 MSX battery systems under the new contract. Each train on Lines 5 and 9 will be equipped with four battery systems while two battery systems will be fitted on the Line 8 trains. Saft says performance and reliability of all onboard systems is even more critical on Line 9, as it will be Chengdu’s first driverless metro line.

The MSX battery systems, which are up to 40% smaller and 30% lighter than other nickel-based batteries, will provide up to 45 minutes of backup power. On the Line 5 and 8 trains the batteries will also supply emergency traction power, enabling stranded trains to travel up to 2km to reach the nearest station.

Saft says the compact design of the Saft MSX nickel-technology battery systems has enabled CRRC to free up space and reduce weight on the new trains while ensuring reliable backup power for critical control, safety and passenger comfort systems should there be any interruption to the main power supply.

“Saft’s batteries have demonstrated their reliability on Lines 3 and 4, which gave us confidence to place further orders for Lines 5, 8 and 9,” says vice general manager of CRRC Changchun Railway Vehicles Company, Mr Wang Guijiu.

Saft’s MSX cells are designed and manufactured at its Bordeaux factory in France and assembled by CRRC in China. Saft started its first deliveries to CRRC in 2017 with completion of the new contract scheduled by the end of 2019.