The contract includes the supply of rubber-tyred hydrogen-powered trains. 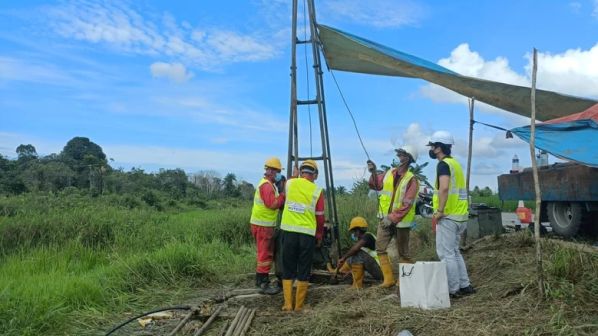 The soil investigation at the proposed depot site in Rembus is ongoing.

SARAWAK Metro has issued a tender for the Kuching Urban Transportation System (KUTS) System Package 1 contract, which includes the supply of rubber-tyred hydrogen-powered trains, depot and vehicle maintenance equipment, the signalling and control system, and platform screen doors. The trains for the first metro network in Sarawak, a Malaysian state on the island of Borneo, will be guided using an optical system and will operate at Grade of Automation 2 (GoA 2).

The tender was launched after Sarawak Metro, a wholly owned subsidiary of Sarawak Economic Development Corporation (SEDC), ran a rolling stock vendor registration exercise in the middle of 2021, which received an encouraging response from international manufacturers.

The project aims to alleviate the traffic congestion in Greater Kuching as well as modernise and decarbonise the city’s public transport system. Phase 1 of the KUTS project includes the 28km Samarahan Line, which will run from Rembus to the city centre, and the 24km Serian Line from Batu 12 to the Isthmus.