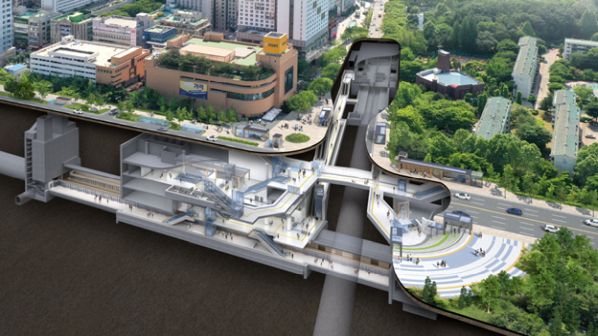 The latest extension to Line 9 will provide interchange with Line 5 at Godeok.

KOREA’s Ministry of Land, Infrastructure and Transport (Molit) announced on January 3 that is has given final approval for the fourth phase of Seoul Metro Line 9 and that construction will begin.

The extension will provide interchange with Line 5 at Godeok. The line will have an average speed of 32.1km/h for standard services, and 41.9km/h for express services.

Line 9 has been a long-term project that has added a vital connection between the east and west of southern Seoul, and is the only line in the capital to have dedicated express train infrastructure apart from Line 1.

The first phase of Line 9, which opened in 2009, is the longest section of the line and runs from Gaehwa near Gimpo Airport to Sinnonhyeon in the heart of the Gangnam district.

This was followed by two more eastern extensions in 2015 and 2018. The latest extension will bring the line to 45.5km in length.