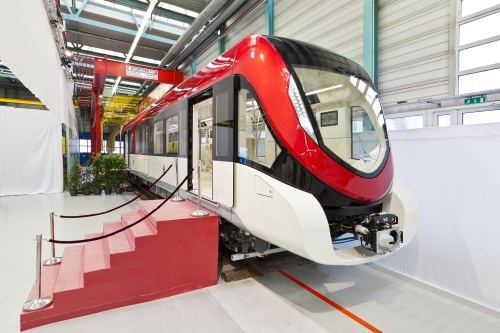 The vehicles are based on the company's Inspiro design but fitted with more powerful air-conditioning and bogies, traction equipment, brakes and doors modified to prevent sand ingress.

Siemens is supplying the vehicles, signalling and train control and electrification equipment for Lines 1 and 2 of the six-line, 175km metro network, which is due to open in 2019. Lines 1 and 2 have a total length of 64 route-km. It is part of the BACS consortium and its share of the work is worth €1.5bn.

The company was awarded the order for the driverless metro in 2013, and the next stage is to test the vehicles in extreme conditions in the climatic wind tunnel at Rail Tec Arsenal, Vienna. Dynamic testing at Siemens' Wildenrath facility is due to begin later this spring.