SINGAPORE’s Land Transport Authority (LTA) has announced the alignment and station locations for the Cross Island Line (CRL) Punggol branch, which will connect Pasir Ris to Punggol, providing a direct connection between eastern and northeastern Singapore. 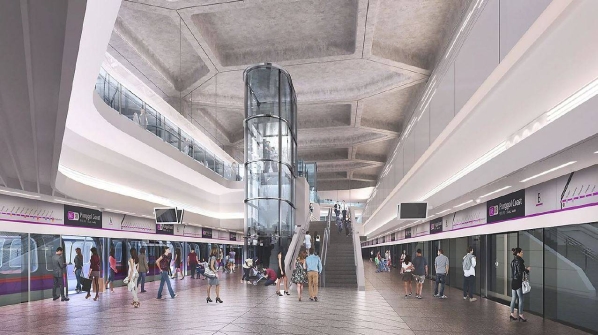 The underground line will have four stations - Punggol, Riviera, Elias, and Pasir Ris - with construction due to begin in 2022 and the line opening in 2031. Three of the four stations are interchanges, which will enable commuters to transfer with the East-West Line, North East Line and Punggol LRT, shortening travel times and redistributing passenger numbers across the network.

The CRL will be constructed in three phases.

Phase 1 (CRL1) is 29km long and comprises 12 stations from Aviation Park to Bright Hill. This will serve residential and industrial areas such as Loyang, Tampines, Pasir Ris, Defu, Hougang, Serangoon North and Ang Mo Kio when it opens in 2029. Precise plans for phases 2 and 3 are yet to be confirmed.

When fully completed, the CRL is initially expected to carry 600,000 passengers annually, eventually growing to one million. Nearly half of the stations on the line will be interchanges, improving access across the network.

The CRL Punggol extension will provide significant time savings for Punggol residents travelling to eastern Singapore, with travel time to Pasir Ris reduced from 40 minutes by bus to 15 minutes.