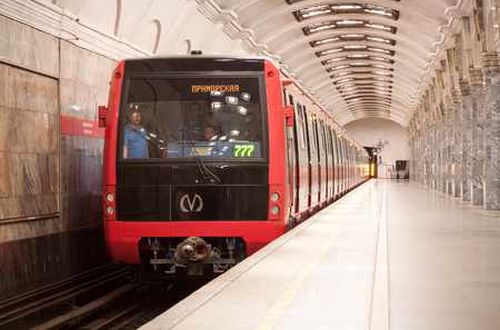 TMH will complete delivery of 66 trains in September.

The trains will consist of two three-car sets coupled together, each comprising a driving trailer and two motorised cars. The trains will be powered by asynchronous traction motors which are expected to reduce energy consumption by 30% compared with existing trains.

The ventilation system will be designed to ensure an even distribution of air inside the trains. Anti-vandal and anti-abrasion materials will be used on seats and wall panels. The trains will have electronic destination indicators at each end.

The driver’s cab will be air-conditioned, have vibration-absorbing seats and colour touch-screen controls.

Delivery of the first 15 trains will start in 2017, followed by the remaining 12 trains in 2018. OEVRZ is already supplying trains under two previous contracts for St Petersburg Metro and will complete the delivery of 66 trains this month. Delivery of the second contract for 20 eight-car trains is due to be completed in 2020.