SL, Stockholm's public transport authority, has selected Bombardier to deliver 24 four-car Movia metro trains, which will make up its new C30 driverless metro fleet. The order is worth Skr 5.1bn ($US 768.1m) and includes an option for an additional 20 four-car trains. 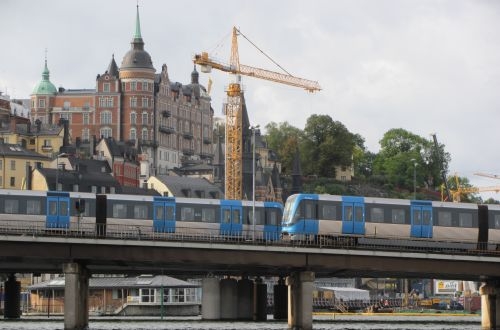 Deliveries are set to begin in November 2016 and the new fleet will begin operations on the revamped 41km, 36-station north-south Red Line, which is currently being upgraded to CBTC operation, in early 2017.

Ansaldo STS was awarded an €80m contract in 2010 to carry out the CBTC upgrade while Stockholm City Council secured a €400m loan from the European Investment Bank in February to assist with the project. In addition to funding the CBTC upgrade, the loan will be used to construct a new depot at Norsborg, modernise existing train maintenance facilities at Nyboda as well as partly funding the procurement of the new trains.

The vehicles will be fitted with Bombardier's Flexx Eco bogies and its Mitrac traction system. Bombardier will also supply its Orbiflo intelligent train to wayside communication system, which is linked to the driverless feature and provides real-time service information and passenger service updates. Despite being prepared for driverless operation, the trains will feature a drivers' cab at each end.

SL had previously invited expression of interest for the new trains in 2009 with the aim of beginning delivery this year. However, funding constraints led to a delay in the procurement process.