THE New South Wales (NSW) state government has announced that following the granting of final planning approvals, construction will begin this year on stage 2 of the Sydney Metro project from Chatswood through the Sydney central business district to Sydenham and on to Bankstown. 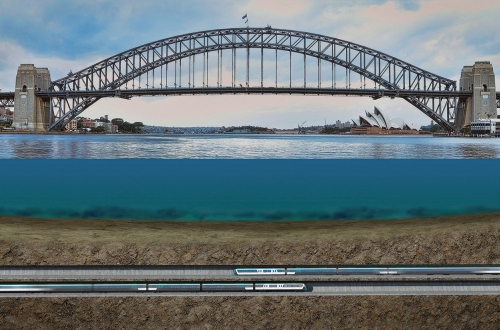 The approvals are for the Chatswood to Sydenham section of the project and comprise:

• delivery of 16.5kms of new metro rail between Chatswood and Sydenham, including 15.5kms of twin rail tunnelling under Sydney Harbour and the Sydney CBD, and

Construction sites will be established in central Sydney later this year, and by the end of 2018 the first of five tunnel boring machines will be in the ground.

Ultimately Sydney Metro will have capacity to offer a train every two minutes in each direction underground through Sydney with 31 metro stations from Rouse Hill to Bankstown covering a total distance of 66km.

“This project has been approved subject to some of the highest sustainability provisions in the world; among the conditions imposed with the approval is that greenhouse emissions by electricity consumed by the metro’s operation must be fully offset,” Stokes says.

Two consortia, the Ferrovial, Acciona, and BAM joint venture and the John Holland, CPB, and Ghella joint venture are competing to build the twin tunnels, with the contract expected to be awarded around the middle of this year.

The planning process for the conversion and upgrade of the existing Bankstown heavy rail line to metro standards will also begin in 2017.