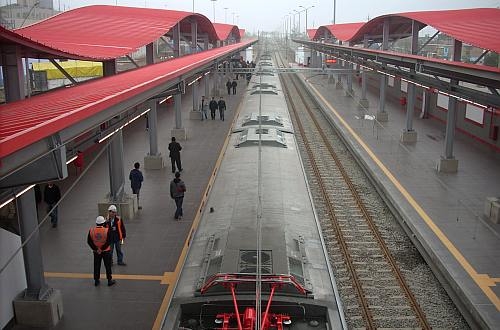 The 27km line will run entirely underground with 27 stations and will connect the eastern districts of Ate and Santa Anita with the city centre and Callao, intersecting with the second phase of Line 1 at Martinete. Ridership is expected to be around 600,000 passengers per day.

The total value of the finance, design, construct, operate and maintain concession is $US 5.8bn, which includes $US 871m for rolling stock and the construction of an 8km branch to Jorge Chávez International Airport, which will eventually be incorporated into the future Line 4. A winning bidder is expected to be announced in the middle of the year and the first section of the Line 2 is due to open in 2016.