TEST operations have begun on the Hanoi metro Line 2A between Cat Linh and Ha Dong in the Vietnam capital, with the line connected to the national power grid at the beginning of July. 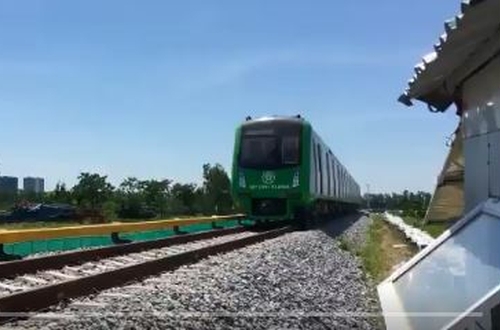 Hanoi Metro shared a video of Line 2A being tested.

Local news agency VietnamPlus reports the train has undergone a test run on each section in July before starting trials on the whole system in August.

This is the first of two metro lines under construction in the city. Line 3 will run from Nhon via Cat Linh Street to Hanoi station and will be about 21km long. Line 3 is due to open in 2020.

Hanoi, which has a population of 7.5 million, plans an eight-line network with a total length of about 318km.