DELHI Metro Rail Corporation (DMRC) launched trial operation on the first completed section of the third phase of the city's metro network on December 30, when secretary of the Indian Ministry of Urban Development Dr Sudhir Krishna and Mr Mangu Singh, chairman of DMRC flagged off the first test train on the 3km Central Seretariat – Mandi House stretch of Line 6. 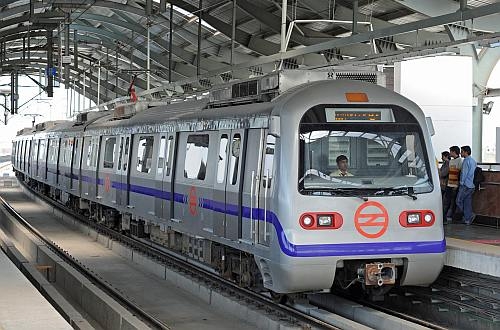 The underground line is the first phase of the 9.4km northern extension of Line 6 to Kashmir Gate, which will relieve the congested interchange between Line 2 and Line 3 at Rajiv Chowk.

DMRC says public services are due to begin running between Central Secretariat and Mandi House in March, six months earlier than originally planned, and the extension will increase metro ridership by around 70,000 passengers per day.

Phase 3 will add another 137km to the metro network by 2016, including the city's first driverless lines.