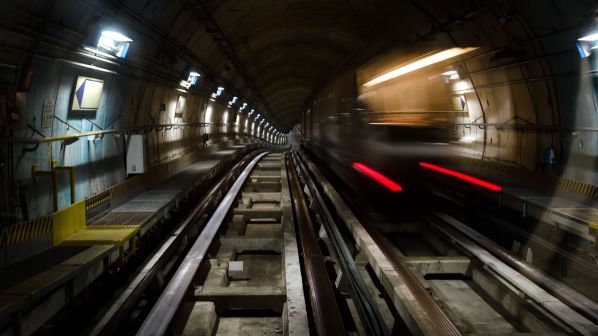 Alstom will equip the 15.1km Turin Metro Line 1 with CBTC as well as the existing fleet of trains.
Photo Credit: Shutterstock/Alessandro Cristiano

INFRA.TO, which is owned by the City of Turin, has awarded Alstom a €156m contract to supply CBTC and four driverless Metropolis metro trains for Turin Metro Line 1.

Alstom will oversee the development, delivery, installation, testing and commissioning of CBTC at GoA 4 on the 15.1km Line 1, replacing the existing signalling system, and on the existing fleet of 29 two-car 26m-long rubber tyred vehicles, which run in multiple. Turin Metro is a VAL system originally supplied by Siemens and Alstom says it is drawing on its previous experience of upgrading the VAL used on the Wenhu Line in Taipei. Installing CBTC is expected to increase capacity on the line.

Alstom is supplying four new two-car trains and the contract includes an option for a further 12 two-car trains as well as to install CBTC at the new depot under construction. Like the original fleet, the 2.07m-wide Metropolis trains will run in multiple, forming a 52.28m-long train. They will have capacity for 320 passengers. The project is due to be completed by February 28 2025.

The contract signing took place at Palazzo Civico of Turin in the presence of the mayor of Turin, Mr Stefano Lo Russo, the councillor for transport, infrastructure and mobility of Turin, Ms Chiara Foglietta, the chief executive of Infra.To, Mr Massimiliano Cudia, and the general manager of Alstom Italia and president and CEO of Alstom Ferroviaria, Mr Michele Viale.

The original XVIII Dicembre - Fermi 7.5km Turin Metro Line 1 opened in 2006 and was extended by 2.1km from XVIII Dicembre to Porta Nuova in 2007. This was followed by a 5.5km southern extensions from Porta Nuova to Lingotto in 2011. Another 1.7km southern extension from Lingotto to Bengasi was added in April 2021 while work is currently underway on a 3.4km western extension from Fermi to Cascine Vica, which is expected to open in 2023, taking the total length to 18.5km.