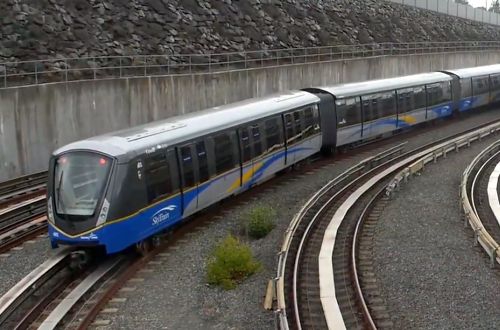 Translink placed a $C 90.7m ($US 706m) order with Bombardier in December 2012 for seven four-car Innovia 300 trains to expand fleet capacity in readiness for the opening of the 11km Evergreen Line from Lougheed Town Centre to Port Moody and Coquitlam later this year.

The aluminium-bodied articulated trains are equipped with full-width gangways and each car accommodates up to 134 passengers at 4 passengers/m2.