THE first metro line Wuxi, a city of 6.3 million inhabitants in China's eastern Jiangsu province, was inaugurated on July 1 by the city's mayor Mr Wang Quan. 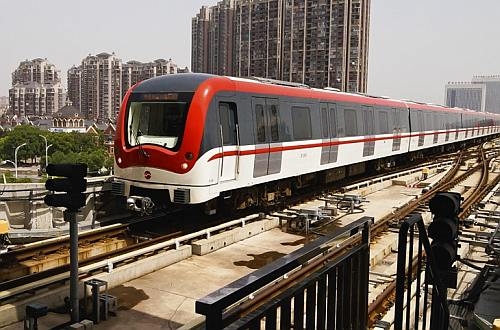 Line 1 runs for 29.5km from Yanqiao in the north to Changguangxi in the south with 24 stations. Services are operated by a fleet of 23 six-car Type B metro trains supplied by CSR Zhuzhou, which accommodate up to 1846 passengers.

An east-west Line 2 is currently under construction and the city plans to ultimately construct a five-line network totalling 157.7km with 111 stations.