THE European Rail Industry Association (Unife) together with 22 associations representing other European industries such as automotive, aerospace, steel, machine tools, and food, are calling for an ambitious next European Union (EU) Research and Innovation Framework Programme (FP9). 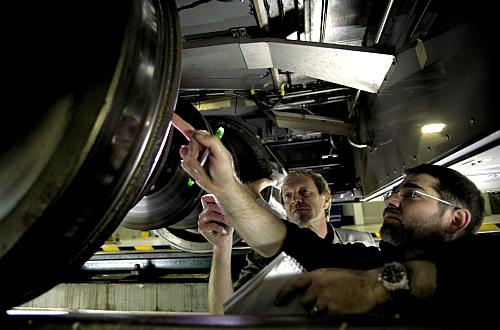 The 23 associations want the next FP9 to be an ambitious framework programme built on the achievements of Horizon 2020, and have therefore set out four objectives:
• increasing significantly the overall EU budget for research and innovation in FP9
• focusing on a well-balanced three-pillar structure, while allocating an equivalent share of the budget to each pillar
• strengthening EU industrial leadership to guarantee sustainable application and implementation of European research, and
• continuing financial incentives in the form of grants for all players in the value chain, including small and large companies.

The associations say that despite scaling up spending on R&D in Europe to reach a target of allocating 3% of the EU’s GDP to R&D, the EU is still only spending 2% of GDP on R&D and lags behind Japan, which spends 3.6% and the United States which allocates 2.7%, while China is catching up rapidly.

The associations also point out that the business sector is the greatest contributor to EU R&D expenditure accounting for 65% of all R&D spending. “It is extremely important to significantly increase public spending both at EU and national levels and support the global competitiveness of European industries,” the associations say in a joint statement. “In this context, European R&I Framework Programmes play a crucial role.

“The participation of both Industry and Research and Technology Organisations (RTOs) in EU R&I Framework Programmes is essential to turn ideas into impact-driven and value-creating technologies, applications, and solutions,” say the 23 associations which want Industry and RTOs to be strengthened to speed up efforts in overcoming the “valley of death” as well as the gap between the demonstration and commercialisation phases.

The associations say that using instruments such as contractual public-private partnerships and joint technology initiatives would help to leverage private sector participation as they foster cooperation between the public and private sectors by pooling their capabilities and creating critical mass for breakthroughs in innovations. They would also leverage funds for large-scale projects.