A notice was published in the Official Journal of the European Union. 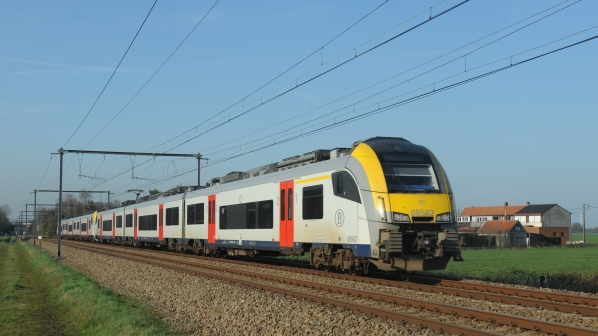 BELGIUM’s Council of Ministers has confirmed its intention to award Belgian National Railways (SNCB) a 10-year direct award contract to provide rail services across the country, following the publication of a notice in the Official Journal of the European Union.

The proposal, put forward by deputy prime minister and minister of mobility, Mr Georges Gilkinet, confirms a policy set by the new Belgian government formed in October 2020. Under the government’s coalition agreement, reached following more than 500 days of negotiations, SNCB will not be subject to competition from other passenger operators.

“As minister of mobility, I want to provide a more modern management framework for the railway companies, with strong priorities for the future of the railways: more trains in the future, services operating earlier in the morning and later in the evening, and a quality service, so that more people choose the train,” Gilkinet says. “The step taken now is important, because it sets in motion the formal procedure that confirms the status of SNCB as the sole rail operator for the next 10 years: a sign of the federal government's confidence in the incumbent operator.”

Negotiations are currently underway between the federal government, SNCB and infrastructure manager Infrabel, to conclude a new public service contract for SNCB and a performance contract for Infrabel.

“I want to put the train of the future on the rails,” Gilkinet says. “The service for passengers and businesses must be improved. For example, there must be more cooperation between the various public transport companies so that you can switch more easily from train to metro or bus. And our railway companies also have an exemplary role to play in terms of personnel management with regard to diversity and equal opportunities, as well as in terms of environmental policy, energy and biodiversity. Through these contracts and this direct award, my aim is to prepare them for the future.”

As the awarding of the direct award concession must take place at least year after the notice is published, the contract is expected to come into effect at the end of 2022.

Mr Nick Brooks, the secretary general of the Alliance of Passenger Rail New Entrants in Europe (AllRail), said there was a “manifest error” in the new direct award.

“From a legal perspective there are also many deficiencies that we have identified,” Brooks says. “The argument to directly award a PSO ‘because the incumbent shouldn´t face competition as it overhauls its services’ is just based on the interest of the state-owned incumbent, not on the public or environmental interest. The railway system should be about improving society and not how one company is treated. Furthermore, the situation that SNCB needs to overhaul its services is no ‘exceptional circumstance’ but something that has been overdue for decades - and probably still will be in another decade.”

Brooks says the market opening as foreseen in the European Union’s Fourth Railway Package was expected to help overhaul SNCB’s services, instead of delaying it by a decade.