The plan is expected to increase passenger numbers by 80% by 2040. 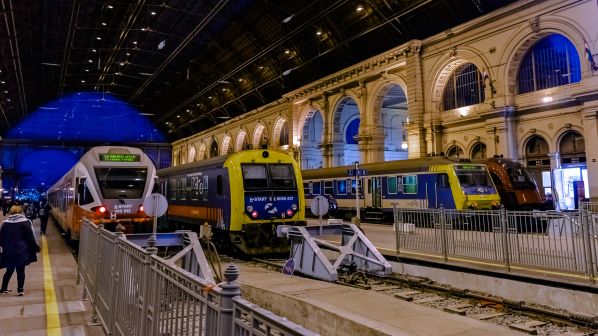 THE Hungarian government’s Budapest Development Centre (BFK) has announced the findings of the Budapest Agglomeration Railway Strategy (BAVS), which aims to increase passenger volumes around the Budapest area by 80% by 2040 by identifying projects that will increase capacity on existing lines.

Successful implementation would result in around 12% of the one million people currently travelling by car switching to rail, meeting Budapest’s goal of reducing CO2 emissions by 60,000 tonnes a year.

The study was prepared by a consortium of Trenecon, Főmterv and the Transport Research Institute (KTI) after being requested by the prime minister’s office, the Ministry of Innovation and Technology, Hungarian State Railways (MÁV) and BFK in 2019. It was funded by the European Union’s Connecting Europe Facility (CEF).

A strategic environmental assessment was also prepared as part of the strategy, with the plan out for public consultation until March 6.

The plan’s 60 measures cover service development, operation, urban development and legal issues, and are divided into short-term (2030) and long-term (2040) measures.

Among the objectives is offering 20-minute journey time to Liszt Ferenc international airport t from the city centre, and adding 16 new stops on the network. New lines and facilities would also enable freight services to save up to 1h 10min when travelling through the city. The strategy would reduce average passenger journey times by around 15 minutes, resulting in a Forints 150bn ($US 507.8m) saving for the national economy. 200 hectares of railway property will also be rehabilitated.

BAVS does not include the construction of new lines outside of the city, and largely discusses projects that are already proposed or approved. However, it provides a holistic view on the projects and their combined effects. One major finding from the strategy is that both metro Line 5 and a tunnel connecting Nyugati and Déli stations, two of the three terminal stations in Budapest, are essential to achieving the BAVS’ goals.

The strategy proposes a 15-minute or less suburban rail service throughout the day, with transfers to at least three of the city’s four metro lines. This would require increasing the number of suburban trains in the morning peak from 42 to 93, which cannot be handled by the current terminal station, and adding additional tracks along some lines. A combined fare system for both suburban rail and public transport services is proposed.

A fleet upgrade to modern EMUs is proposed. Stations will also have more park and ride facilities and and improved bus connections.

The government is making a start on a Forints 2 trillion project to develop the southern rail link, which will bring S-Bahn style services to the main line between Kelenföld and Ferencváros by adding more tracks and new stops. Much of this work has been already prepared and a new bridge carrying a third track across the Danube River is already under construction.