Operators and unions say no to English as common language. 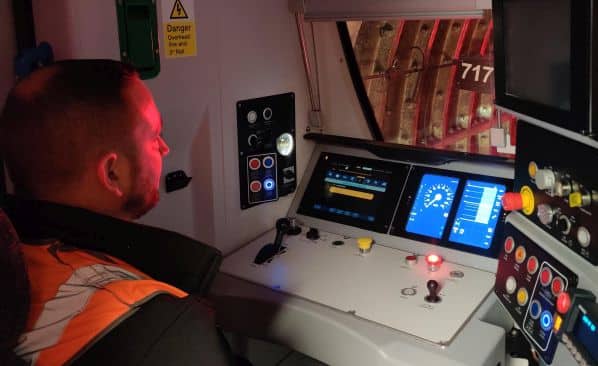 THE Community of European Railway and Infrastructure Companies (CER) and the European Transport Workers' Federation (ETF) have issued a joint statement on the revision of Directive 2007/59/EC on the certification of train drivers that is now being undertaken by the European Commission (EC).

Amongst their concerns, CER and ETF object to making the directive into a regulation. A regulation has binding legal force in every EU member state from a set date, while a directive leaves each member state free to decide on how best to transpose its requirements into national law.

CER and ETF also say that requiring all drivers to speak a single European operational language - such as English - would be dangerous in emergencies and constitute “an unrealistic challenge” for the railway sector.

Further development of Directive 2007/59/EC should focus on “practical orientation and feasibility,” the statement says. “Hurdles and obstacles” for the sector must be removed to avoid placing rail at an unfair disadvantage with other modes, making it more attractive and thus helping to meet targets for modal shift under the European Green Deal.

Maintaining EU requirements on driver certification as a directive would enable regional and country-specific conditions to be taken into account in an appropriate manner without compromising safety, competitiveness with other modes and sustainability.

On the European language regime, the statement says that safe operation can only be ensured if there is good communication between drivers and controllers, as well as with other railway staff and the emergency services, especially in emergency situations or when operations are disrupted.

CER and ETF agree that the general requirement for all operations should be language level B1, where the driver is able to talk in the language required by the infrastructure manager using memorised sentences.

Regarding potential exemptions, ETF says that a minimum level of B1 should be required “on the entire European railway network,” while CER favours exemptions for countries with more than one official EU language “as well as for border sections.”

Both organisations say they are open to the use of “alternative means”, such as railway-specific terminology and tools “that help ensure safe, practical and appropriate conditions without creating additional disadvantages for the rail sector.”

CER and EFT welcome future developments to facilitate communication across language barriers and reduce difficulties, especially in cross-border operations. “However, these shall only be used in addition to an adequate language knowledge,” the statement says.

The majority of passenger and freight operations, as well as maintenance and other activities, are carried out at national level, CER and EFT point out. They say that the introduction of an alternative, single European language such as English “would not bring any added value.”

In addition, the switch to a single language would not only affect drivers but all roles, and especially those undertaking safety-related activities. CER and EFT say it would be unnecessary for the majority of rail operations and would require training or retraining staff on “massive” scale.

“This would furthermore create dangerous situations in case of emergencies when a driver needs to be able to effectively communicate with local emergency services,” CER and EFT say. “It would also be unnecessary, because the current system is fully adapted to function with multiple languages and has been doing so successfully for decades.”

The single language requirement would be “an unrealistic challenge for a sector where only a very small percentage of workers currently speak English and where attracting new workers to the sector is a matter of urgency.”

Moving paper documents to a digital format would require “affordable, more sustainable and viable technical solutions” that present the contents of these documents in a simple way. The digital system should be capable of being accessed and updated quickly without drivers having to carry multiple documents.

“However, any further technical development must pay particular attention to ensuring data protection and cyber security,” say CER and EFT. Access rights should be granted to national safety authorities (NSAs), or in the case of the licence to any other railway undertaking with the explicit permission of the holder.

NSAs should remain as the responsible supervisory and control authorities. “Their funding and competences need to be strengthened so they can continue to properly fulfil this role,” the statement says.

CER and ETF recommend that the European Union Agency for Railways (ERA) focuses on the tasks it has been assigned under EU Regulation 2016/796, where its objectives and mandate “are clearly described and sufficient.”

ERA would need to be “sufficiently staffed and funded” for any additional supportive task required by the revision of the directive on driver certification, CER and ETF conclude.