CHINA National Railway (CR) is reporting huge reductions in passenger traffic due to the coronavirus epidemic and is stepping up measures to prevent the spread of the virus. 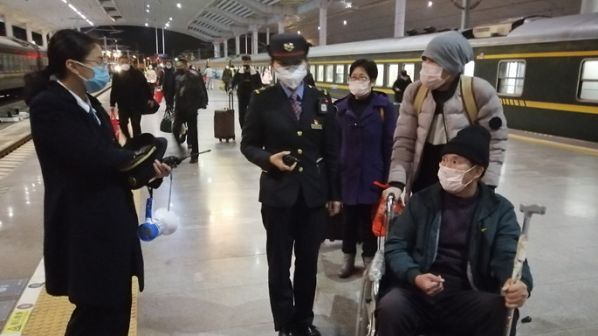 However, there is a sharp imbalance between the number of passengers arriving in the major cities as they return from the national holiday and those departing.

In Beijing, West station recorded a 92.1% reduction in departing passengers compared with a 74.9% drop in arrivals, while for South station the reductions were 93.1% and 81.5% respectively. Beijing station reported 80.7% and 43.7% respective year-on-year falls. Shanghai’s two main stations had a similar pattern of reductions in traffic.

CR has introduced more measures to prevent the spread of coronavirus. The railway is staggering the return of passengers following the holiday, distributing passengers throughout trains more evenly to avoid people sitting too close to one another, and maximising the load factor of trains at around 50%.

Meanwhile, in January, CR transported 360 million tonnes of goods needed for the prevention and control of the coronavirus epidemic.