THE government of the Czech Republic is considering the introduction of a regulated market system in place of the current open system, whereby services are procured through public service obligation (PSO) contracts by either the Czech Ministry of Transport or regional public transport authorities, or on an open-access basis. 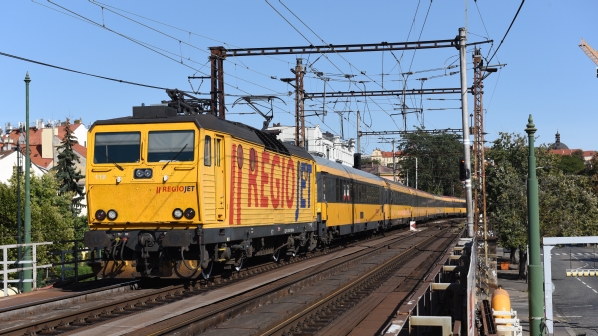 The concession based system could be introduced between 2025 and 2030, but may require amendments to railway and passenger transport legislation, which could also affect the financing of rail-based public transport.

The impetus for the change is the growing congestion along national and international corridors, and the way limited track access is currently allocated. On the congested Prague - Ostrava line, the busiest line in Central and Eastern Europe, commercially operated long-distance express passenger services provided by Czech Railways (ČD), RegioJet and Leo Express have a lower priority than services operated under PSO contracts. An institutional change is aimed to guarantee a higher priority for long- distance express trains.

Another challenge is the lack of inter-regional services in areas that have services operating under regional PSO contracts, which are often not interconnected with neighbouring services.

“We can work with the regions and other partners on how we will continue to order train connections in the regions, how to ensure the continuity of connections across their borders or whether it would be possible to ensure fast long-distance transport by the state even where this has not been the case,” says the minister of transport, Mr Karel Havlíček.

The development of new regulation is in response to the fragmentation of inter-regional train services following the introduction of a decentralised system in 2005, whereby regional services were procured by regional public transport authorities through a tendering system.

“It cannot be overlooked that in connection with the regionalisation of public transport, which took place in 2005, there is a certain fragmentation of inter-regional transport,” Havlíček says. “If regional transport services are provided by regions with independent competence, it is very difficult to ensure the same procedure in all regions when ordering public services in passenger transport.”

A new system due to be introduced in December will allow passengers to use a single ticket to make a journey using PSO services provided by several operators.