THE German government is preventing effective competition on the country's railway network to the benefit of German Rail (DB) and to the detriment of existing and potential competitors, according to the findings of a report by the German Monopolies Commission published on July 22. 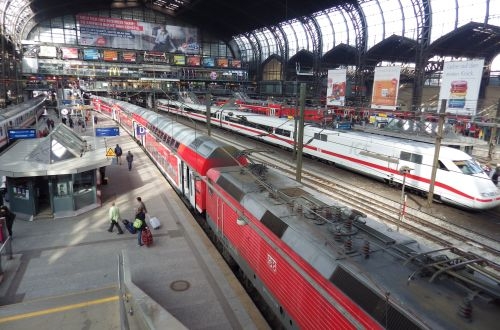 In particular the report says DB's control of railway stations and infrastructure is reducing the opportunities for competition. It adds that a new law seeking to curtail DB's market power is not sufficient to give new impetus to competitors and to overcome this imbalance.

The independent commission advises the government and produces a report on the condition of the country's railway market every two years.

While the liberalisation of the local-distance bus market has increased pressured on DB to improve its offerings, this could not replace direct competition from fellow railway operators and highlights the need to offer alternatives to DB long distance services.

DB has an approximate two-thirds share of railfreight transport in Germany and around 80% of regional transport while holding a near monopoly over long-distance operations. The commission says this situation "has not changed significantly in recent years."

It adds that through controlling the network through its infrastructure subsidiary DB Networks, DB has a headstart when it comes to identifying free capacity in the network and at construction sites.

"The Monopolies Commission is convinced that effective and genuine competition can only develop if there is a complete separation of infrastructure and transport areas of DB," the commission says.

DB and the German government disagree with this analysis, arguing that it is in the best interest of customers for DB to remain an integrated railway.