The National Recovery Plans include €750bn in spending. 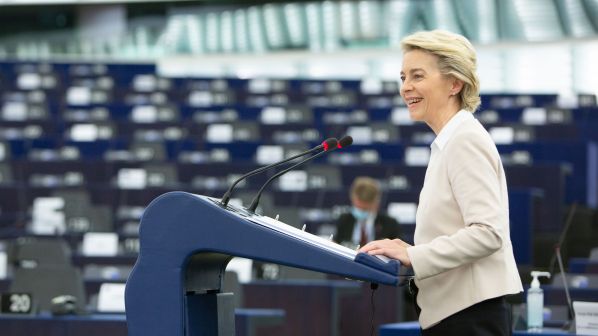 THE president of the European Commission, Ms Ursula von der Leyen, has announced that member states have collectively allocated €85bn to sustainable transport as part of the National Recovery and Resilience Plans being developed to support the recovery from the Covid-19 pandemic.

The EC has so far received the plans from 23 of the 27 member states, outlining €750bn in spending.

Von der Leyen told a plenary session of the European Parliament on June 8 that the funding allocated to improving sustainable transport included the digitisation of railways and seamless suburban transport, as well as the development of charging stations for smart cars.

“That’s what we want, because buildings and transport contribute the greatest greenhouse gas emissions, so something has to change, but through modernisation,” von der Leyen said.

The plans must include 20% of the spending on digitisation and 37% in line with the European Green Deal, with many countries surpassing this.

“These plans send a very clear message - Europeans are ready for a new start,” von der Leyen said. “Our citizens are ready to embrace a more sustainable, a more digital and a more resilient future, and that’s exactly the future we want to build with Next Generation EU.”

“We all know that citizens and businesses are waiting for support, and time is of the essence,” says Ms Ana Paula Zacarias, the SCecretary of State for European Affairs for Portugal, which currently holds the presidency of the European Council. “Speed and quality must go hand in hand in a transparent way. From the council side, we expect the first official updates by the Commission on the assessment of the plans in June. Once the Commission adopts their proposals for the draft council implementing decisions, the council will do its upmost to adopt them as soon as possible, to make sure that part of the pre-financing can start flowing to citizens and business during this summer.”