THE European Commission (EC) has opened an investigation into Czech Railways (ČD) following allegations that the railway breached EU antitrust laws by charging for services below their cost with the aim of shutting out competition from the market. 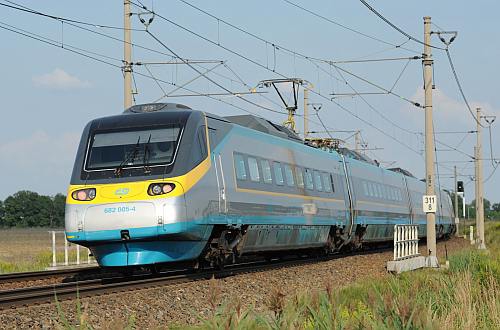 The allegations centre on ČD’s services on the Prague - Ostrava line and the severe reduction in its ticket prices which followed the start of operations on the same route by open-access operators RegioJet in 2011 and Leo Express in 2012.

The Commission says it welcomes “vigorous price competition to the benefit of passengers.” However, it says it has concerns that ČD’s prices may be so low that they do not cover the cost of the service, with such practices hindering the competitors to the extent that they may not be able to remain in the market.

“Competition drives prices down and service quality up,” says Ms Margrethe Vestager, EU Commissioner in charge of competition policy. “This is what we need in rail passenger transport, especially when we’re serious about cutting our carbon emissions. We need to take a close look at ČD’s business practices to make sure they do not push out competitors to the detriment of passengers.”

Following a complaint, the Commission carried out an inspection of ČD premises in April. It says that the opening of proceedings does not prejudge the outcome of the investigation, but that it will now treat the case as a matter of priority. The length of the investigation is currently unknown and depends on a number of factors, including the complexity of the case, the extent to which ČD cooperates with the Commission and the exercise of the rights of defence.