INTERNATIONAL Association of Public Transport (UITP) secretary general, Mr Mohamed Mezghani, has questioned the European Commission’s (EC) failure to emphasise the benefits of public transport in its Sustainable and Smart Mobility Strategy, which is set to guide the EC’s work in the transport sector over the next four years. 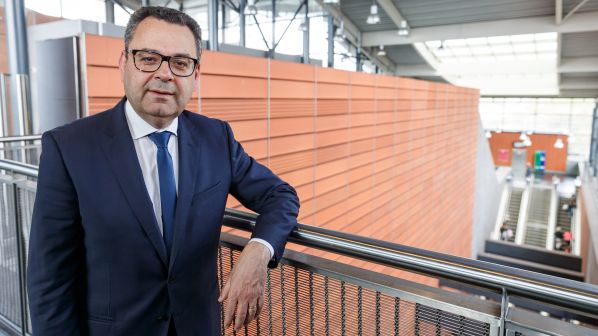 The strategy, announced this week, includes an action plan of 82 initiatives, which the EC says will lay the foundation for how European transport systems will become more digitalised, environmentally friendly and resilient to future crises.

For the rail sector, the strategy is targeting the doubling of high-speed rail traffic, and a doubling of rail freight traffic by 2050. It also calls for expansion of cycling infrastructure. Mezghani praises the strategy for recognising the importance of daily and urban mobility more so than previous EU documents as well as the need for modal shift and internalising costs.

However, he expressed surprise at the document’s lack of explicit mentions of public transport as part of the solution and for only emphasising one pillar of sustainability, the environment.

“Sustainable mobility and public transport are mentioned two times in the whole document,” Mezghani told IRJ. “It feels like they are not taking into consideration the benefits of public transport and we wonder why these advantages are not mentioned. We really consider this as a missed opportunity.”

Mezghani adds that while the strategy recognises that technology measures are not a panacea, he feels there is an overemphasis on technology-orientated targets, for example for 100 EU cities to be climate neutral by 2030.

“If we combine these targets with the technology measures, it will be mean that by 2030 EU cities will be climate neutral but heavily congested with electric cars,” Mezghani says. “Is that what we want? We need targets in terms of modal shift, in terms of accessibility, affordability, and social inclusion.”

Mezghani says he raised his concerns with DG Move director general, Mr Henrik Hololei, and European Parliament transport committee chair, Ms Karima Delli MEP, during a roundtable at the EIT Urban Mobility Summit on December 10. He was told that the document had to find the correct balance between different interests, the different DGs and different commissioners.

“This is clearly a political answer,” Mezghani says. “But the commission doesn’t dare enough to change the status quo. It is not daring enough to push to change things. They hide themselves behind the principle of subsidiarity that things have to be decided at the local level.

“If we don't have ambitious targets, if we don't have a guidance coming from the European Commission, it becomes difficult because we know how important what they say is in the mobility field. Cities are not just listening to the commission, they are inspired by what the commission is recommending. It's important that they take a leadership role there, and they really take into consideration the different points of view.”

UITP presented its conclusions and input for the EU strategy in September. The document urged the commission to recognise and strengthen public transport as the backbone of sustainable mobility and to foster modal shift.

“We will have to be more vocal, we have also to push our messages more, and we have to show and to communicate more about the benefits of public transport and other modes,” Mezghani says.

The full interview with Mohamed Mezghani will appear in the January issue of IRJ, The Railway in 2021.