German rail industry sets out priorities for next federal government

AHEAD of the German national elections in 2017, the German Railway Industry Association (VDB) and seven other railway associations have put forward three policy initiatives designed to boost rail traffic. 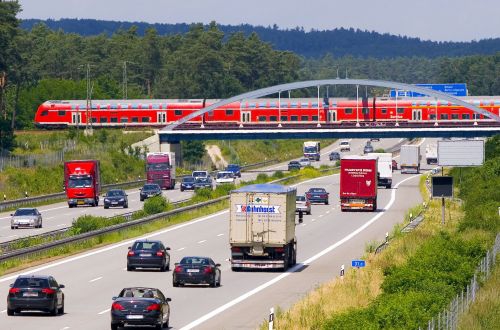 The first initiative, Deutschland-Takt, calls for the introduction of a national regular-interval timetable to provide a more attractive service with good connections between rail and bus services even in rural areas.

While the associations welcome the first step towards achieving this in the 2030 Federal Transport Route Plan, they want to see targeted investment to remove bottlenecks at junctions and congested sections of the network. “Their targeted reduction needs to be an absolute priority for investment in the rail network,” the associations say. “Not only today and tomorrow, but also permanently and continuously in the future. Deutschland-Takt must be anchored in infrastructure policy... because it provides sufficient capacity for growing passenger and freight transport on the railway.”

Under the second initiative, the associations want halve the cost of train paths on the network. “Policy must be used to generate price signals and to create incentives that make the use of rail more attractive in terms of both the cost of passenger and freight transport,” say the associations. “However, rail transport is becoming more expensive every year as a result of rising usage charges. This is why we believe that a halving of train path prices is inevitable.”

The associations want the federal government to assume greater financial responsibility not only for the replacement of the rail network but also its maintenance, and provide additional funding. They also point out that as more traffic shifts from road to rail through lower access charges, the need for additional funding will also drop.

Finally, the associations want to see a greater push towards innovation and the digitisation of the railway, as they believe it will make the railway more climate-friendly, more comfortable and more economical.

They say the introduction of automatic train operation, for which a pilot project is planned, will improve traffic regulation thereby increasing network utilisation by 40% and improving energy efficiency by 30%. They also want to see greater development of new traction systems such as batteries, fuel cells and hybrid systems.

The associations want to accelerate the introduction of ETCS in Germany, which lags behind many of its neighbouring countries such as Belgium, Denmark and Switzerland. Under current plans, DB Networks plans to replace its Class B LZB train control system with ETCS Level 2 on 2500km of double-track lines by 2030, and to equip the 16,000km TEN network in Germany with ETCS by 2050.

“If a single European railway area is to become a reality soon, a special push from the federal government will be necessary to digitise infrastructure and rail vehicles,” the associations say.

The associations note that rail is already an indispensable part of the supply and production chains of the national economy, with more than 360 million tonnes of freight and 2.6 billion passengers using the 38,000km rail network each year. “It is crucial that political decision-makers further improve the framework conditions for rail in order to shift more traffic to rail.”

The associations also point out that, with around 640,000 employees, the German rail industry is already a major employer in Germany and the goal must be to maintain and expand this employment.

While 90% of rail traffic is powered by electric traction, and rail already uses a high share of renewable energy, the associations say that Germany will only be able to meet its global-warming reduction targets with a “rapid and consistent departure from fossil fuels,” which means switching more passengers and freight to rail.