JUST six months after taking the job, India's railways minister Mr Pawan Bansal resigned on Friday amidst a bribery and corruption scandal brought about by the arrest of his nephew Mr Vijay Singla and Indian Railway board member, staff, Mr Mahesh Kumar on May 3. 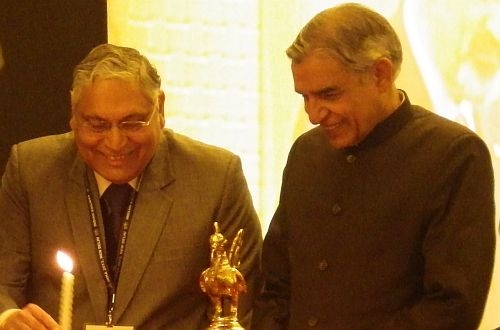 Singla, and seven accomplices who have now been arrested, are accused of selling the political favours necessary to secure prominent jobs in the railway industry following a surveillance investigation by India's Central Bureau of Investigation (CBI). A preliminary CBI report states that up to eight positions have been sold, including the position of board member electrical to Kumar for around Rs 100m ($US 1.82m).

Kumar, who was appointed board member staff on May 2, is thought to have paid Rs 20m to acquire the coveted position of general manager (west) and signals and telecoms for Indian Railways while holding the board member, staff position, an appointment that would require the blessing of the railways minister.

In addition he is thought to have agreed to pay Rs 100m to become the next board member electrical where he would be responsible for granting electrical rolling stock and infrastructure contracts, Rs 50m of which would be payable in advance and Rs 50m when he assumed the position in July. The CBI is also said to be investigating whether Kumar's appointment as board member staff was legitimate.

Singla and middleman Mr Sandeep Goyal are also thought to have facilitated the appointment of Mr Dayal Arya as head of material management functions at Chittaranjan Locomotive Works and Mr Narrotam Das as chief electrical engineer at the Karpurthala Coach Factory. Das' appointment on December 17 2012 was preceded by 16 phone calls between him and Singla, and four to Bansal's private secretary, Mr Rahul Bhandain.

According to The Hindustan Times, the CBI initiated the investigation of bribery at the ministry following a tip-off from Kumar intended to throw the agency off course.

Surveillance of around 1000 phone calls, many of which were to Bansal's official residence, appear to implicate Singla, Goya and Kumar in the case, while Singla was found to be frequently present at the railway minister's residence and Indian Railways' Rail Bhavan headquarters during the investigation. Kumar is also reported to have met Bansal at a function in Mumbai just two weeks before he acquired the role of board member staff.

Singla, a director of eight prominent businesses, was arrested while reportedly receiving a payment of Rs 900,000 relating to Kumar's appointment in Chandigarh on May 3. Local media, citing Congressional sources, state that Singla has been close to his uncle throughout his political rise and would often facilitate meetings between Bansal and business leaders.

The CBI is also conducting an internal investigation of whether an insider tipped off Kumar's wife about a raid on their property on May 3 following his arrest at Mumbai airport. She was found to have moved jewellery and other items to the residence of a Railway Protection Force officer after a bag was discovered at the home of the officer's friend on May 6.

Bansal's resignation was accepted by Prime Minister Dr Manmohan Singh during a meeting in Delhi, and according to media reports, he is expected to be questioned over his knowledge and involvement in the scandal by Tuesday. He has pleaded his innocence since resigning and welcomed the CBI's investigation.

"I have given my statement on the first day itself and I have nothing to do with this incident," Bansal said. "I have welcomed the investigation by the CBI in the matter."