With India’s state-owned and the newly built wheel and axle facility at Rae Bareli continuing to remain tied in bureaucratic tangles, Indian Railways (IR) is facing the prospect of relying on bulk imports of forged wheels and axles for at least the next two years. Srinand Jha reports. 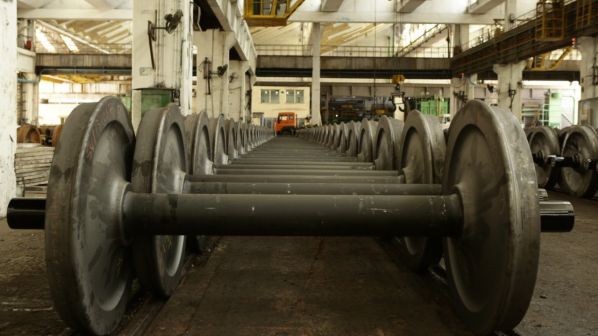 INDIA has traditionally imported a fraction of its overall requirement for forged wheels, choosing to rely on cast wheels produced at state-owned manufacturing facilities in Bengaluru and Bela. In recent years, however, demand has spiked following bulk orders for 90,000 wagons and 400 Vande Bharat EMUs in addition to ongoing orders for more electric and diesel locomotives, metro trains and cranes.

Earlier this month IR issued a tender inviting private parties to set up a wheel factory with an annual manufacturing capacity of 80,000 wheels. In exchange, IR will commit Rs 6bn ($US 77.9m) to orders from the plant while the successful bidder will retain the rights to export wheels and axles to other countries. In contrast with the Rae Bareil plant, the manufacturer will not be required to share the technology with IR engineers.

Nevertheless, the new plant is unlikely to begin production before 2024, meaning that IR will continue to need to import wheels. “We are looking at countries including Russia, Japan, France and the East European,” a ministry official said.

China is another source. The spike in demand and the drying up of supplies from war-hit Ukraine led IR to alter its “Ban China” policy in May, placing an order for 39,000 forged wheels from Hong Kong-based Taiyuan at marginally higher rates.  These wheels will be used by the LHB coaches under construction at the Chennai-based Integral Coach Factory as well as other production units. The move reverses the policy that emanated from a border dispute between the two countries and under which IR cancelled a tender for the manufacture of 44 T-18 or Vande Bharat trains in August 2020.

The Rae Bareli factory, which was built last year at a cost of Rs 23bn, is also not living up to expectations.

The plant has an annual manufacturing capacity of 100,000 forged wheels, but fewer than 1000 wheels have been manufactured so far following disputes between Rashtriya Ispat Nigam Limited (RINL) - a public sector undertaking of the Ministry of Steel which owns the factory site - and German equipment suppliers.

RINL is India's only forge wheel manufacturer and previously operated a plant at Kulti near Asansol. IR has engaged in efforts to lease out the facility to private parties, but talks have not progressed because of IR's reluctance to commit to an assured purchase.

“The matter needs to be urgently sorted out,” says former IR general manager, Mr Sudhanshu Mani. “India has already made a huge investment in setting up the Rae Bareli factory, which alone can largely meet IR's requirement. The decision to set up another plant does not appear justified, based on the current level of rolling stock manufacturing.”