IRJ at InnoTrans 2012: Speaking at the opening ceremony of InnoTrans 2012 today in Berlin, Mr Siim Kallas, vice-president of the European Commission (EC) called for the completion of a single market in Europe for rail. 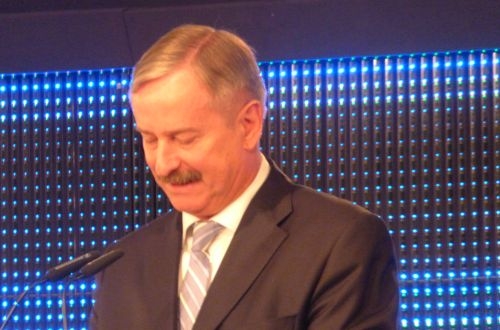 "There must be a single market for rail," Kallas told delegates. "For example, it should be possible to build trains that only need one approval to operate in Europe. This should be a basic right."

Kallas pointed to the fact that there are more than 11,000 rules and standards for trains in Europe. He said it costs up to €10m and can take up to two years to get approval for new trains. "Why," he asked. "I believe we should make the European Rail Agency (ERA) a one-stop-shop for certification. I would like to see a European passport for trains so that they can move seamlessly across Europe."

Turning to another subject close to his heart, Kallas said difficulty in gaining access to the network is one of the most important barriers to developing rail in Europe. "Competition encourages efficiency," he said, "but the market conditions are skewed in favour of national railways and markets are often closed to foreign or private passenger operators.

Kallas called for a mixture of open access and concessioned passenger operators, but he admitted it will be a challenge to strike a balance between the two. He pointed to the benefits of concessioning regional passenger services in terms of reduced costs and a lower burden on taxpayers. While services operating under a public service contract do not have to be put out to tender, Kallas would like to see this become mandatory to "get more efficiency into the rail market."

Referring to the planned Fourth Railway Package, Kallas encouraged people to join in the debate and express their views. He said the package will look at three areas: interoperability, market access especially for domestic passenger services, and the relationships between infrastructure managers and operators. "We want to focus our resources as we don't have too much time," he told delegate