THE DUTCH government has announced plans to extend the concessioning of regional rail services following the completion of a research project by two consultants. 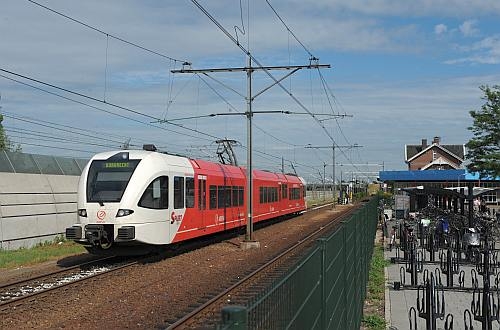 The outgoing minister of infrastructure, Mrs Melanie Schultz van Haegen- Maas Geesteranus wants to devolve powers and budgets for Roermond – Heerlen and Roermond – Maastricht regional services to the province of Limburg and is also considering devolving regional services from Zwolle to Groningen and Enschede.

In addition, responsibility for Apeldoorn – Enschede and Eindhoven – Weert services could also pass to the Overijssel and Noord- Brabant provincial governments, although the minister has yet to reach an agreement with the relevant public transport authorities.

Netherlands Railways (NS) will continue to operate all long-distance services on these lines.

Further concessioning of regional services had been put forward as part of reform to the so-called core network concession for NS, which will run for 10 years from 2015 and will merge high-speed operations on HSL South into the contract for the conventional core network.