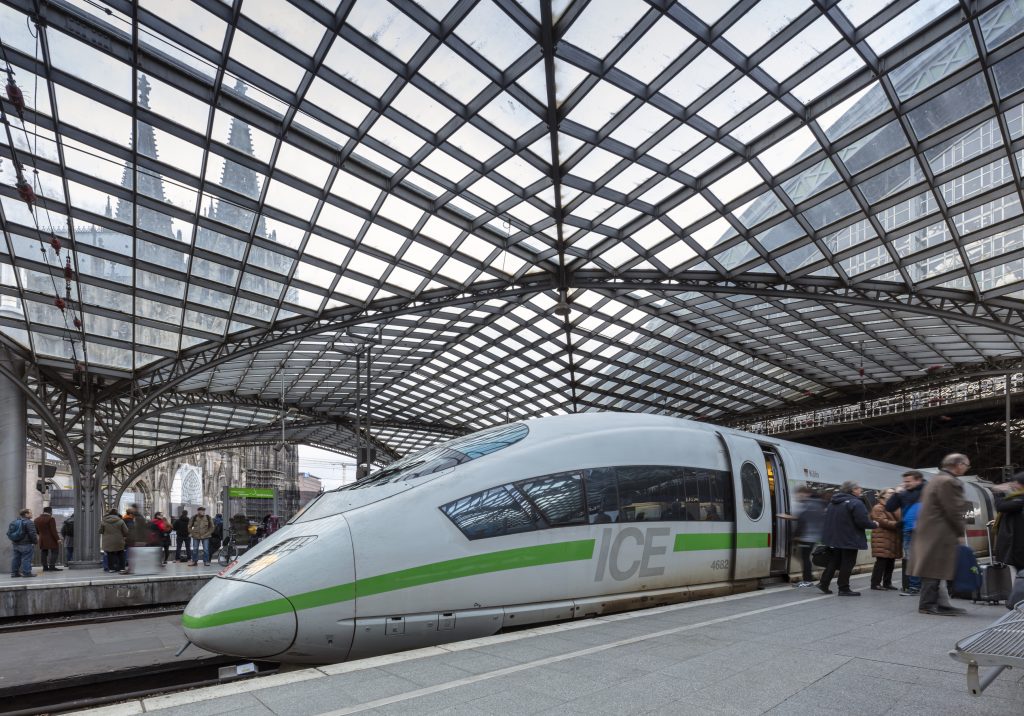 THE next German government plans to invest considerably more in rail than road, saying rail must become the backbone of mobility throughout Germany including in rural areas. It vows to focus on expanding rail infrastructure and operations.

The three-way coalition formed of the centre-left Social Democrats (SPD), the environmentalist Green Party and the Free Democrats (FDP) will assume power following elections held on September 26. FDP will assume responsibility for transport.

Targets unveiled by the coalition on November 24 include increasing rail’s share of freight transport from 19% to 25% by 2030, doubling passenger numbers and electrifying 75% of the country’s rail network, up from the current 60%. Creation of a national regular interval timetable is also seen as a priority.

The new government says it wants to connect more suburban areas with long-distance transport and strengthen cross-border traffic including more night trains within the European Union.

German Rail (DB) will be retained in public ownership. However, an internal restructuring will aim to improve efficiency and transparency. Infrastructure businesses DB Network, DB Station and Services will be merged into a new infrastructure division. Profits generated by this division will remain within the new unit rather than being distributed across the DB Group.

The coalition aims to support innovation and drive new technology and says it will prioritise the digitisation of vehicles and infrastructure. There are plans to accelerate the introduction of Digital Automatic Coupling (DAC).

The new government plans to explore whether and to what extent it can support municipalities with above-average costs to make transport more environmentally friendly.

For rail freight, the new coalition wants to strengthen single wagon traffic and provide investment incentives for new sidings. In the case of new commercial and industrial areas, it says examining the possibility of a rail connection must be mandatory, adding that the coalition plans to further promote intermodal terminals.

Throughout 2022 the coalition plans to continue providing support for pandemic-related loss of revenue.

The decision regarding DB infrastructure was welcomed by Mofair, which represents independent passenger rail operators in Germany. “By eliminating the profit-making obligation, the coalition partners are removing what is perhaps the most important obstacle to a better, high-quality rail infrastructure,” says president, Mr Tobias Heinemann. “Profits from the regulated infrastructure now stay there and are reinvested. Cross-subsidisation in favour of the DB transport subsidiaries is then no longer possible.”

However, Heinemann says that “a real traffic turnaround” is only possible if all railways in Germany have equal opportunities by reducing track access charges. He said Mofair and its partners will continue to demand that this should happen.

“The new coalition gives the climate-friendly rail priority, and this fulfils the central demand of the rail industry,” says Mr Dirk Flege, managing director of the Pro-Rail Alliance. “This can mark the beginning of a new era in transport policy with priority for climate-friendly forms of mobility.”