The projects were outlined during a policy address from Hong Kong chief executive Carrie Lam. 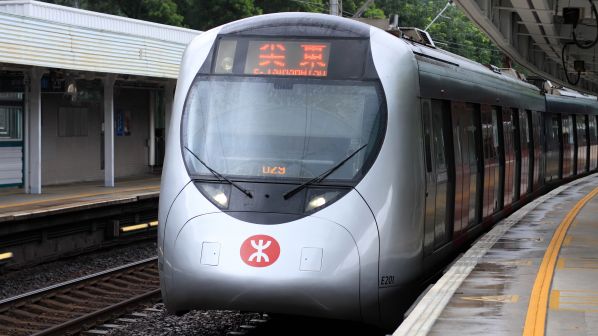 The plans, included in the final policy address of Lam’s term, would complement the creation of the Northern Metropolis, a proposed city development that would improve connections with the neighbouring city of Shenzhen.

The projects, which have been welcomed by Hong Kong operator MTR, will be explored under the Northern Metropolis Development Strategy, which will drive community development with railway as the backbone based on the “transport infrastructure-led development” model.

The plans outlined by Lam include:

The Northern Link will be a key transport connection in the northwest and northern part of Hong Kong’s New Territories, and involves the construction of a new station at Kwu Tung along the Lok Ma Chau branch line between Sheung Shui station and Lok Ma Chau station, as well as a 10.7km line linking Kam Sheung Road Station on the Tuen Ma Line and the new Kwu Tung station via three intermediate stations in San Tin, Ngau Tam Mei and Au Tau.

“The local and cross-boundary rail projects as well as relevant land development plans presented in the policy address will help make it more convenient for people to travel around, which will be instrumental to the territory’s urban development while enabling Hong Kong to tap the enormous opportunities offered by the development of the Greater Bay Area,” says MTR chairman, Dr Rex Auyeung. “We welcome the above plans and will work with the government to support relevant studies. In doing so, we will be contributing to the long-term development of Hong Kong, leveraging our expertise in railway development and operations.”

MTR also welcomed plans to examine the construction of a new science park and station on the East Rail Line at the current site of The Hong Kong Education University (EdUHK) Sports Centre at Pak Shek Kok. Under the proposal, the current station site and its adjoining land would be used to provide more residential units and auxiliary facilities. “We will seek to proceed with relevant studies as soon as practical to facilitate the development of the area,” MTR says.

The South China Moring Post reported that construction of the Hung Shui Kiu - Qianhai line could be put out to tender instead of it being constructed by MTR, but added that it was reasonable for MTR to be in charge of extending the existing lines to China.

“To ensure that these transport infrastructures are completed on time and within a reasonable budget, we would consider introducing competition to the contractor where it sees fit,” Lam said.

For detailed data on rail projects from Asia and around the world, subscribe to IRJ Pro.