The plan includes a number of rail-specific recommendations. 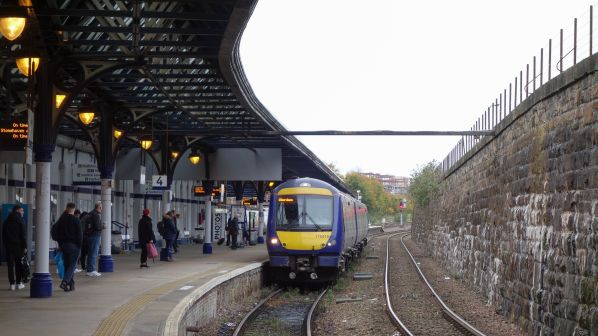 THE Scottish government has published its second Strategic Transport Projects Review (STPR2), which it says is a blueprint for future transport investment over the next 20 years.

The government says that the changes and measures will play a key role in helping to make the country fairer and greener by tackling tackle climate change, reducing inequalities and improving health and wellbeing.

Rail specific recommendations in STPR2 include enhancements on the Highland Mainline corridor, the Perth - Dundee - Aberdeen line, and the Edinburgh/Glasgow - Perth/Dundee corridor to improve journey times and increase capacity and reliability. Accessibility at rail stations will be improved, along with interchange facilities between public transport modes.

It also supports the development of plans to remove capacity constraints at Edinburgh Waverley, Glasgow Central, Perth and Inverness stations; carrying out an updated market study for rail freight growth including a review of rail freight terminals and hubs to confirm how to meet long-term mode shift requirements; and progressing a programme of infrastructure upgrades targeted at longer-distance cross-border routes into England, to provide higher speed passenger services and increased capacity and reliability for freight.

“I’m encouraged that today’s report recognises the major role rail will play in moving people and goods sustainably as we move towards a net zero Scotland,” says Mr Alex Hynes, managing director of Scotland’s Railway. “At Scotland’s Railway we are keenly focused on a number of clearly defined targets to achieve the Scottish government’s net zero ambitions and we’ve already delivered a 38% overall reduction in carbon emissions in the last eight years. Looking ahead, the financial picture is of course challenging but it’s great to see STPR2 support the potential for even more rail passengers and freight being transported by rail.”

The plan has been released for public consultation, with submissions closing on April 15.