Appointment is effective from November 1. 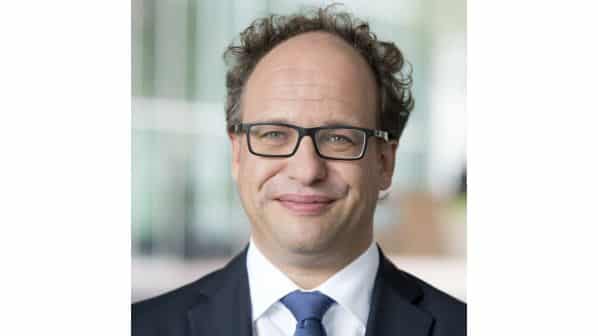 NETHERLANDS Railways (NS) has announced the appointment of Mr Wouter Koolmees as its new CEO, with effect from November 1.

He has been appointed for a term of four years by NS’ sole shareholder, the Dutch minister of finance, on the recommendation of the NS supervisory board.

The new CEO was minister of social affairs in the Netherlands from 2017 until early 2022. Koolmees studied economics at the University of Utrecht and then worked at the Ministry of Finance where his roles included head of budget policy.

From 2010 to 2017, he was a member of the Dutch House of Representatives for the Democrats 66 party, where he was a financial specialist.

“Wouter Koolmees has a proven track record as a director who gets things done,” says Mr Gerard van de Aast, chairman of the NS supervisory board. “I am confident that he can lead NS to the next phase at a time when the accessibility of the Netherlands is under pressure.”

“Public transport is wonderful to work on, and there is plenty to do,” says Ms Vivianne Heijnan, state secretary of infrastructure and water management. “I am really looking forward to working with NS, with Koolmees at the helm, to make the train more attractive for passengers.”

“I know NS well in the capacity of a passenger, I am a major user of the train,” says Koolmees. “I am always impressed by how well we have arranged things in the Netherlands. Nevertheless, NS is under increasing pressure and that also applies to its performance. “Together with all NS employees, I want to ensure that the passenger is satisfied, and that NS can achieve the necessary ambitions of the Netherlands in the field of accessibility and sustainability.”