THE International Union of Railways (UIC) has re-elected Dr Vladimir Yakunin, president of Russian Railways (RZD), as its chairman for a second two-year term during its 85th general assembly which was held on December 3 in Paris. 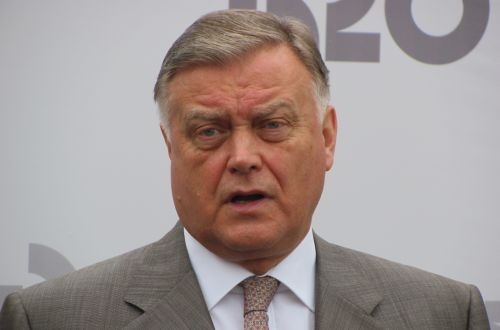 Speaking at the event, Yakunin highlighted the importance of global projects such as the Trans-Eurasian zone Razvitie project, a multi-corridor infrastructure scheme that aims to promote logistics connections between east and west, and the creation of the Silk Road Foundation. Yakunin said that these projects provide the UIC and its members with opportunities to form new transport links with China, Europe and the Middle East based on legal harmonisation achieved with the UIC's assistance.

"The success of legal harmonisation depends on whether we will see in the near future direct rail transport between China, Korea, India and other Asian countries on the one hand, and European countries on the other, including the global international corridors of the UIC," Yakunin says.

Yakunin also noted some of the UIC's achievements in 2013-14, including the organisation's agreement to join the UN's Senior Advisory Group on Sustainable Transport, and its "new level of interaction" with other international organisations, including the Organisation for Cooperation of Railways (OSJD) and the Railway Transport Council of the Commonwealth of Independent States. He also praised advances in increased standardisation between UIC members.

"More than 20 UIC memos were processed on international railway standards, an agreement with the International Electrotechnical Commission was signed, and an official invitation to from the ISO to participate in the key 269th committee was received," Yakunin says. "All of this makes it possible to expect worldwide recognition of the UIC's railway standards."