BANGALORE welcomed its second metro line on February 28, with the inauguration of the northern section of the Green Line between Sampige Road in Malleshwaram and Peenya Industry. 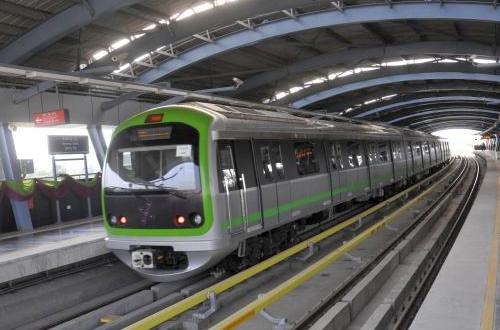 Public services began the following day on the 10.3km line, which has 10 stations.

Two further sections of the Green Line, including the 4km underground section from Sampige Road to National College, and the 2.5km stretch Peenya Industry to Nagasandra, are expected to open at the end of this year.

In January the Indian cabinet approved plans for the second phase of the network, which includes two extensions of the Green Line.