INDIA’s continuing border hostilities with China have led to uncertainty about the future of several metro rail projects where Chinese companies are working as technology partners. 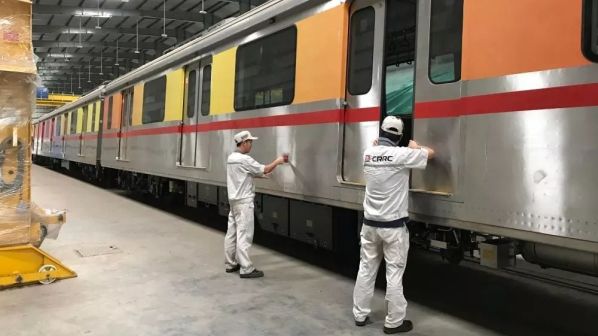 Following the military standoff between the two countries in the Ladakh region, the Dedicated Freight Corridor Corporation Limited (DFCCL) - an Indian Railways (IR) public sector undertaking - cancelled a Rs 4.7bn ($US 65m) signalling and telecoms contract with  Beijing National Railway Research and Design Institute of Signal and Communication (RRDISC), which was awarded in 2016.

Simultaneously, the India government has taken a series of policy measures against what it regards as an “unfriendly neighbour”: the banning of 59 Chinese mobile applications including top social media platforms such as TikTok; prohibiting Chinese companies from participating in highway projects and disallowing Chinese investments in various sectors such as micro, small and medium enterprises (MSMEs).

The Chinese question also appear to be hampering progress with metro projects. Six Chinese companies are involved in Mumbai projects to build 337km of metro lines at an estimated cost of Rs 1 trillion. Of these, Shanghai Tunnel Engineering, China Rail Tunnel Group and Continental Engineering are participating in the Colaba - Bandra - Seepz Line 3 project, while China Harbour Engineering is building part of Line 4 project between Wadala and Kasarvadavali in a joint venture with Tata Projects.

“Two Chinese firms had been interested to supply rakes [coaches] for the Jacob - Circle - Wadala - Chembur monorail project, but we have scrapped the bidding process,” says Mr B G Pawar, spokesman for project implementation agency, Mumbai Metro Rail Development Authority (MMRDA). “As for the Chinese involvement in other lines, we will abide by the instructions of IR, which we are awaiting.”

A review of other projects could be tricky. For example, four tunnel boring machines ordered from China for tunnelling work on the Vellara Junction - Pottery town line of Bangalore’s Namma Metro have already arrived, while CRCC Nanjing Puzhen is in the process of shipping 204 metro cars required for Phase II.

“There is no change in the work schedule as of now”, says Mr B L Yeshwant Chavan, spokesman of Namma Metro. At the same time, officials of the Bangalore Metro Rail Corporation (BMRCL) expressed apprehensions that $US 335m loan for Phase II, signed last year by BMRCL and the Beijing-based Asian Infrastructure Investment Bank (AIIB), might not go through.

Officials in Kolkata - India’s only metro project which the Ministry of Railways is executing directly - appear to face a similar dilemma.

The first of the 14 eight-car trains ordered from CRRC Dalian arrived in Kolkata in March 2019, while officials at Kolkata Metro Rail Corporation Limited (KMRCL) have not pursued delivery of the remaining orders.

“Following the trials, KMRCL suggested various alterations to coach design and these have not been carried out,” says KMRCL spokesman Mr Indrani Banerjee.

In the meantime, KMRCL placed another order for 10 trains from the state-owned Integral Coach Factory, which have arrived in Kolkata. As for the Chinese trains, uncertainty prevails. “As of now, we have not received information from IR that the deal with China has been cancelled,” Banerjee adds.

The Beijing-based AIIB is understood to have agreed to provide a loan worth $US 794m for civil construction of Line 4 and Line 5 of Chennai Metro. However, IR is lobbying to include the “Make in India” clause in the tender document as a strategy to impose restrictions on the Chinese bidders.

In addition, the Swadeshi Jagran Manch, an affiliate of India’s ruling Bharatiya Janata Party, has demanded the cancellation of the New Ashok Nagar-Sahibabad contract on the Delhi -Meerut Rapid Rail Transport System (RRTS), which was awarded earlier this year to Shanghai Engineering Tunnel.