JOURNEY times between the capitals of China's Anhui and Fujian provinces were cut in half on June 28 with the launch of commercial services on the 813km Hefei - Fuzhou high-speed line. 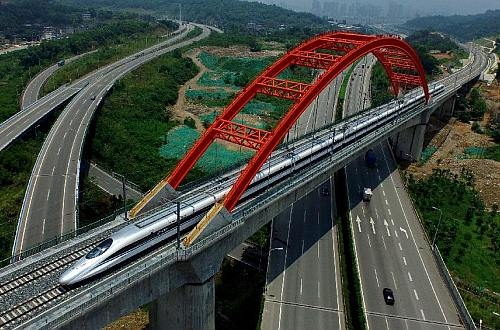 Construction began on the Yuan 43.8bn ($US 7.1bn) project in May 2010 and 86% of the alignment is on bridges or in tunnels due to the mountainous topography of the region.