CHINA’s railway network carried a record 592 million passengers during the summer peak period from July 1 to August 31, a year-on-year increase of 9.6%, according to China Railway Corporation. 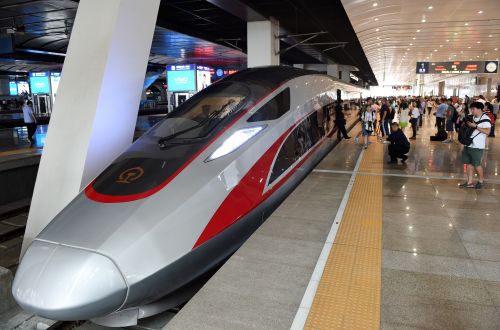 An average of 9.55 million trips were made on the country’s 124,000km network each day, with traffic on the 22,000km high-speed network in particular reporting strong growth - an average of 639,000 passengers travelled between Beijing and Guangzhou every day.

Many of the passengers travelling between Beijing and Tianjin have used new Fuxing high-speed trains, with 19.5 train pairs, or 18% of the total fleet, in service on the line since August 21.

In addition, since it opened on August 8, the Changchun – Baicheng – Ulanhot line to Inner Mongolia has carried 30,000 passengers per day. The line has reduced journey times from 5h 18m previously to 3h 25min.